The board promotes the activities of the GFK and executes the decisions of the general assembly. The members of the Executive Council are elected every 3 years. It consists of the following members: 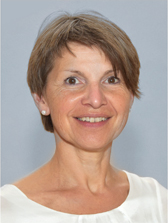 Ulrike Brandauer
Born on 3rd February 1963; mother of a daughter and a son; at home in Wiernsheim since 1990

Working in the marketing department of an important industrial company in Pforzheim, with focus on event management and public relations.

Voluntary activities:
- Municipal councillor in Wiernsheim since 2004,
- Member of various committees (school board, kindergarten, Zweckverband Haus Heckengäu Heimsheim),
- Member of the Executive Council of GFK since 2016,
- Secretary of the local SPD-organization Wiernsheim/Wurmberg,
- Member of TSV 1892 Wiernsheim,
- Member of "Friends of the Waldensian Pinache and Serres". 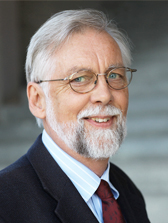 After obtaining his licensure as pharmacist at the Christian-Albrechts-University Kiel and working for a few years as a senior dispensing pharmacist, four years followed as an assistant and doctoral student, culminating in a doctorate in 1987 (Dr. rer. nat.)

During this time he met his wife, a family was started (four children), and the decisive contact with anthroposophy followed. This led the family to Switzerland, where Kohlhase set up an analytical laboratory for the mistletoe extract manufacturer for Iscador. There, he was also able to successfully provide the scientific quality data and documents for the approval of the mistletoe preparations, required by the new Medicines Act for the first time.

After four years, he was appointed to the Weleda management and group management in 1995. He received numerous awards as manager (including Eco Manager of the year 2004). In 2001 he founded the Society of Anthroposophical Pharmacists in Germany (GAPiD), of which he still holds the chairmanship.

He also took over the presidency of the International Association of Pharmacists (IAAP) and is member of the Board of Directors of the Medical Section of the Goetheanum.
He is member of the Executive Council of the GFK since 2016.

Member of the Executive Council of the GFK since 2013, publisher of the annual scientific journal »Jahrbuch für Goetheanismus« since 2014.